Energy and the environment: Why not have both? Sherri Lange responds

I recently was involved in a brief but interesting mini-debate with a colleague over energy production and the environment. Not being an award-winning debater, I took the path of least resistance and came down on both sides of the argument.

Read Mike Jones’ original article
in Tulsa World
I have written before urging that opposing elements on various issues such as climate change or immigration reform find a common ground. I also have asked that our leaders listen more to the voices of the middle rather than the extremes on each end. Success in either endeavor has been, well, limited.

Nevertheless, I believe that there is a middle ground in the discussion of protecting our environment and keeping the lights on and our vehicles running. 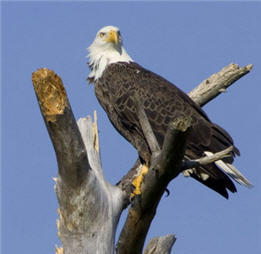 For inspiration, I suggest watching all or any part of the Ken Burns’ production on our national parks on PBS. In that, you will find the same arguments for and against that persist today. Some urged that land sought for parks either be left to the private sector (which was a disaster for Niagara Falls) or designated as parks but with their natural gifts – lumber, water, minerals, grasslands, etc. – harvested under controls.

One need look no further than Yellowstone National Park – the first such national park in the world – to see that government control was the best decision.

But, we need energy. The energy industry not only keeps the country running on fuel, but it does possibly more than its part in keeping the economy on track. And a healthy economy is necessary to having enough money to keep the parks maintained.

Lots of land
According to the National Park Service there are: 84 million acres of parkland; 4.5 million acres of oceans, lakes and reservoirs; 85,049 miles of perennial rivers and streams; 68,561 archeological sites; 43,162 miles of shoreline; 2,461 national historic landmarks; 582 national natural landmarks, and 401 national parks. And don’t forget the wildlife, some of which is endangered.

There is no doubt that there are significant mineral deposits under those 84 million acres. But, right now, we’re doing pretty well without digging a hole in Yellowstone.

The United States is close to becoming energy independent. That, however, doesn’t mean we ought to give up on alternate energy sources such as wind, solar and geothermal.

In the past few years wind and solar energy have made a significant impact on our energy outlook and our current and future economy. They will never, or at least not in the foreseeable future, replace oil entirely. Even removing oil and natural gas from the transportation equation, both still are needed for everyday life. Oil is necessary in everything from the gum you chew to the medication you took this morning.

Eagles and wind
Locally, there has been a disagreement between the Osage Tribe and a wind turbine company from St. Louis over a wind farm in Osage County. It has yet to be decided in court, but for now the wind farm is on hold.

One of the tribe’s arguments – keep in mind that the Osage Tribe has interests in mineral rights in Osage County – is the preservation of the eagle. It’s a valid point. The eagle is sacred to most Indian tribes, including the Osage.

Although the eagle is no longer an endangered species, it remains a protected one. Wind turbines are death traps for birds, including eagles, hawks, falcons and owls, as well as bats.

Nature conservancy groups and the Fish and Wildlife Service estimate that more than 500,000 birds are being killed by wind turbines each year. Now, to put that into perspective, more birds are killed by flying into glass-walled buildings and utility towers, being hit by vehicles and succumbing to carnivorous animals, including the domestic cat.

That, however, ought not diminish our fervor to protect our wildlife, especially those under government protection.

‘Take permit’
An understandable sticking point in the Osage resistance to the wind farm is that the St. Louis company has applied for an “eagle take permit.” It would allow the company’s turbines to kill three eagle a year without penalty.

Eagles have no natural fear of wind turbines. In fact, some look like nice perches to a raptor. However, they are killers. Although they seem to turn slowly in the wind, the outer tips of the blades can reach 179 mph and can easily chop off an eagle’s wing. Other proposed wind turbine farms are anxiously awaiting the outcome of the Osage legal battle.

There are steps that could be taken to lessen the danger to birds, such as making sure wind farms are not in a migratory path or not in areas where eagles congregate.

The fact is, we need fossil fuels, wind power and solar power and eagles and national parks. They all supply a needed commodity and produce jobs.

Our debate ended with the question: Which would people choose, keeping their lights on or saving an eagle?

I suggest we can do both. That won’t win any debate, but it seems to me to be a fair and workable conclusion.

It’s very hard now to come down on “both” sides. There are between 37-41 MILLION birds and bats slaughtered every year in the USA alone. It is difficult to imagine the worldwide numbers. 90% of the mortalities are unreported. Can we begin to imagine the carnage? It will be several hundred years before we understand.

Please read carefully the facts that are abounding and rebounding, now, internationally. There are entire species that are being wiped out, and the carnage and its results are only beginning to be understood.

The best thing you did was raise the ire and issue; because when we wipe out the skies, we are so done. It’s a bit like line trawling in the ocean, for one species, and coming up with massive kills for unintended species: total devastation. But, my friend, there are not any two sides in this mind bending “game.” There are con artists lined up at the trough for dough, massive government endorsed kills, and no one to sue. It’s the biggest con game of the modern age. And nothing is sacred. There are NO middle lines here. You must take a side.