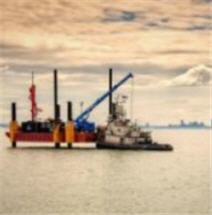 June 10, 20133 – Outrage stemming from Lake Erie Energy Development Corporation’s (Leedco) premature drilling has enraged international watchdog agencies; and, in doing so, hardened their resolve to NOT allow the Great Lakes to be doomed to become another “green energy basket case,”

“Whose money is being spent on a project that has not even been approved and why is drilling of Lake Erie’s lake bottom being permitted at this stage?” asserted Suzanne Albright, principle of U.S.based Great Lakes Wind Truth.

Plans are underway by LEEDCo and Freshwater Wind LLC to construct 5 massive industrial wind turbines (IWT) offshore of Cuyahoga County, Ohio in Lake Erie. This would, if approved, be the 1st wind turbine project in any fresh water lake in the U.S.

LEEDCo’s plan doesn’t resonate well with international watchdog groups committed to protecting North America, including the pristine waters of the Great Lakes, from being blanketed with 30-40 story high industrial oil-filled metal turbines destined to fail, leak, rust out and eventually become abandoned, primarily at the expense of rate and tax payers.

To date, Ohioans, particularly residents of Cuyahoga County, have been fed a diet of green misconceptions regarding the job creation, reduction in CO2 emissions, availability of sustainable energy, and environmental friendliness of industrial wind energy (IWE) in Lake Erie.

One needs only to look at the European Union (EU) for a reality check. European consumers have subsidized renewable energy by a “staggering” 600 billion euros since 2004. Nearly 27 million people are out of work and many countries are facing bankruptcy. The Washington Post recently warned that Europe has become a “green energy basket case”. Instead of a model for the world to emulate, “Europe has become a model of what not to do”. In spite of this ominous warning, Cleveland project plans its financing from federal and state grants, federal investment tax credits and federal loan guarantees.

Additionally, the costs of offshore require deeper study of economics for a region already suffering. According to the Energy Information Administration (EIA), offshore wind energy is 2.6 times more expensive than onshore wind and 3.4 times more expensive than a natural gas combined cycle plant. With the low cost and availability of natural gas in the U.S. northeast, why is Ohio chasing these expensive wind projects?

And the lure of “jobs” is simply not borne out by international experiences.

WHAT ELSE HAS LEEDCo NOT LEARNED FROM THE NEW YORK POWER AUTHORITY (NYPA)? NYPA previously flaunted its plan to construct an industrial wind “farm” in Lake Ontario or Erie until the prohibitive costs and intense opposition from residents (individuals, groups, town and county governments) caused the project, Great Lakes Offshore Wind (GLOW) to be shelved, and likely abandoned. The 150 MW project was

Great Lakes Wind Truth (GLWT) executive member Al Isselhard suggests, based on experience fighting GLOW , “Tell Ohioans about noise, flashing red lights at night, helicopter maintenance noise, nacelle fires due to lightning strikes, oily fluid leaks into the lake, foghorns, property devaluation, bird slaughter, ice throw, rusting towers- all the bad things they will become victims of. Tell them the LEEDCo project is merely a prototype for future aggressive offshore wind factories that will amount to hundreds, maybe thousands of turbines in Lake Erie, transforming the lake into an enormous industrial complex for the rest of their lives”.

Sierra Club has ignominiously supported wind power in the Great Lakes, but some Sierra Club comments are now reflecting serious cautionary notes about the possible environmental and wildlife damages. Jeff Schmidt, leader of the PA Sierra Club chapter, advocates for turbines in Lake Erie utilizing a 5 mile setback from the shoreline. That being said, in “ testimony” to PA state legislators in 2011, Schmidt stated, “Lake Erie is unique among the Great Lakes because its shallow depth provides forage grounds for ducks, loons, horned grebes, and other waterfowl across its entire surface. Shorebirds, songbirds and raptors all cross Lake Erie at varying altitude and locations”. Indeed, it is the Sierra Club itself that coined the term, “Cuisinarts of the air” when referring to improperly sited projects, such as Altamont CA. (Sierra Club also was part of a legal suit to protect raptors in Kern County, CA recently, an unsuccessful suit with Defenders of Wildlife and Centre for Biological Diversity, regrettably.) (These confusing efforts by SC to defend wildlife do not mesh with other national well known statements on avid support for wind power, despite the now well-recognized debunking of its assets. Some call turbines “fossil fuel extenders.”)

On May 10, 2013, soil sampling of the Lake Erie bottom was completed, a major step in choosing the design for the foundations of the massive turbines. However, GLWT and NA-PAW members wonder if this is premature. After all, before the project can proceed, approval must come from five agencies: the Ohio Siting Board, Ohio Department of Natural Resources, Ohio Environmental Protection Agency, U.S. Army Corp of Engineers, and U.S. Fish and Wildlife Service. To date, not one of those agencies has issued a permit. WHOSE MONEY IS BEING SPENT ON A PROJECT THAT HAS NOT EVEN BEEN APPROVED, AND WHY IS DRILLING OF THE LAKE BOTTOM BEING PERMITTED AT THIS STAGE?

Recently, LEEDCo has altered the name of their project to “LEEDCo Icebreaker”. Perhaps it is a reflection of wishful thinking, hoping the project will lead the way, or break the ice for future projects. Albright suspects this is a psychological ploy, an effort to give the project a friendlier, softer connotation. She succinctly states: “Call it whatever you like — the reality is that industrial wind is a scam, as is being recognized across Europe. To consider causing irreparable damage to the Great Lakes, the greatest fresh water source on Earth, with the injection of a failing industry, which would certainly leave us with an industrial junk yard eventually, is nothing short of insanity, insanity coupled with greed. Like GLOW, this project will be brought to its worthless demise. To allow even one “incubator” turbine protege into this fragile ecosystem, is not by any stretch possible, in any manner, for any purpose.”