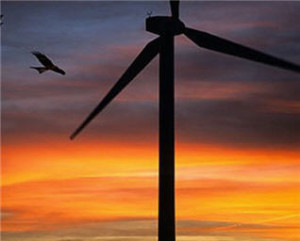 Raptors DO NOT fly around turbines

April 17, 2013 – The hypocrisy of the Green movement is legend, the turning of a blind eye to an inconvenient truth, a way of life for the eco-enviromentalist who will stop at nothing, and sacrifice anybody, or animal to achieve the Green dream.

One of their most loathsome forms of hypocrisy is the death of protected bird species, which they are supposed to care for, by wind turbines which is what they really care about.

The US government is issuing licenses to kill for Green energy companies, while prosecuting anyone else that kills a protected bird.

The California Condor is under serious threat from wind farms, the Golden Eagle is being decimated and could well be extinct very soon, and in Spain bird choppers kill between 6 – 18 million birds and bats every year.

Wind Farms are piting Green activist against Green activist in the US where one bunch of Greens are using the legal system to shutdown the other Greens, Green energy wet dream to stop the bird chopppers, chopping birds.

Anyway there is nothing to worry about, because according to Leo Hickman in a post entitled Wind myths: Turbines kill birds and bats none of this happening:

Bats, despite their ability to use sonar to avoid moving objects, are susceptible to “‘barotrauma”, a sense of disorientation caused by the rapid change of air pressure created by a turbines rotating blade. An unexpectedly high number of bat fatalities have been recorded across the US and Europe over the past decade.

“A recent review of the problem put forward no less than 11 hypotheses as to what might be contributing to these [bat] fatalities,” says the Centre of Sustainable Energy in Bristol in its publication Common Concerns About Wind Power. “Clearly, a great deal of research is still needed.”

With regard to bird fatalities, it says: “Wind turbines represent an insignificant fraction of the total number of bird deaths caused by man-made objects or activities (eg building structures, transmission lines, and keeping domestic cats).” According to the CSE, for every bird killed by a turbine, 5,820, on average, are killed striking buildings, typically glass windows.

That is the way that a Green ecomentalist in love with the Green renewable energy dream sees it, obfuscate the numbers of birds killed by introducing irrelevancies like bird deaths by cats, when was the last time a cat caught and killed a Golden Eagle?

On the other side of the argument this is how Green activists that actually care about raptors and other protected bird species see it:

The British public is being misinformed regarding bird mortality at wind farms, denounce Save the Eagles International (STEI) and the World Council for Nature (WCFN). It is contrary to fact to pretend that these industrial structures are “carefully sited” so as to avoid risks to birds and bats. It is equally false to allege that grouse and other ground-nesting birds don’t mind laying their eggs under wind turbines, or that raptors avoid these dangerous areas.

In a recent article, The Guardian states: “Studies in the UK had found evidence that birds of prey in particular avoided wind farms” (1). But if you look closely at the picture shown in the article, you’ll notice that the two birds flying between the turbines are raptors, red kites in fact, which were reintroduced in the UK at great cost. “So! – they avoid wind farms, eh?” – quips STEI’s President Mark Duchamp.

In Germany, where a few wind farms have been loosely monitored for bird and bat mortality, the government has disclosed the number of carcasses reported so far: 69 eagles, 186 kites, 192 buzzards, 13 harriers, 59 falcons, 12 hawks, 7 ospreys, plus hundreds more birds of all sizes and even more bats (2). “These figures are just a small sample of the ongoing massacre”, comments Duchamp, who cites this example: “Ubbo Mammen, an ornithologist commissioned by the German government, estimates that 200-300 Red Kites are being killed yearly by wind turbines in Germany” (3). These machines are driving many rare species into extinction, warns Mark.

In the UK, few raptor deaths leaked through what STEI calls “the windfarm cover-up”: three red kites, one osprey, and one sea eagle. “Officially, the eagle died of a heart attack”, mocks Duchamp. “In the UK, wind farms are not being monitored for bird mortality: this is how the issue is being kept from the public’s eye. Scavengers and wind farm employees dispose of the dead bodies, so it is extremely rare for a dead eagle or osprey to be found by some nosy trespasser.”

If you visit the Save The Eagles International web site there is not one reference to Anthropogenic Global Warming religion, just people who care about raptors and are not involved in the political agenda of man made climate change, unlike Big Green fronted by Greenpeace, WWF & FoE who ceased to be environmental organisations 20 years ago.

Tony Aardwark
Read more about Tony at his website: TonyAardvark.com