Will the protected dormouse protect us from wind turbine factories? 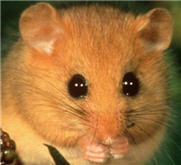 Morrisons, one of three retailers proposing sites around the town, wants to build a store on the local football club ground. To gain permission it has offered to provide a replacement ground at nearby Bodieve. But the possibility that dormice, a European Protected Species, are inhabiting that site has led planning officers to recommend the council refuse permission.

The local planning officer said the football club development should be refused as “there is a reasonable likelihood of dormice being present”.

Although no dormice have been found, they have been spotted 2km away. The local planning committee meets to rule on Morrisons’ application on Thursday.

Stephen Frankel, a spokesman for campaign group Love Wadebridge, said: “These companies are very powerful. They want to ignore us, but it seems they cannot ignore our dormice.”

Morrisons said it had commissioned a local ecologist to carry out a dormouse survey. It said it had asked Cornwall Council to defer its decision on its planning application until the survey had been completed.

A spokesperson said: “At this stage, no evidence has been produced to show there is a dormouse presence on the site. However, our scheme, should it be granted consent, would provide for a significant amount of new dormouse habitat.”
———————————————
AK) Might be an idea to search for dormice wherever a wind ?farm? is threatened ?

It is strange, but a fact, that discovery of resident dormice will more likely prevent a wind ?farm? than opposition from local people ! So ? look for the mighty doormouse !

We lived in the hills of Radnorshire and dormice nested in our garden stone wall for years. We could watch them through our French window as they darted in and out of the wall just a few feet away. This was mainly because we left our immediate surroundings undisturbed as we preferred to let it remain as wild as possible. So, no whirring machines, weeding or similar activities. This meant that our little patch of wilderness was treated as a last resort by some of the shyest birds (ravens) and other creatures. I would not have missed the experience for the world.

Courtesy of Sarah Butler of The Telegraph