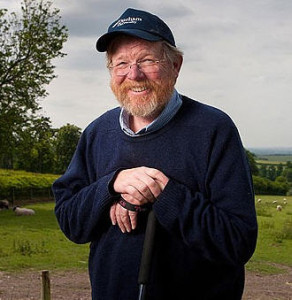 Wind farms will damage the landscape of Britain for “at least a generation”, according to the author Bill Bryson, as new figures show the number of turbines onshore is set to more than triple within a decade.

At the moment there are 3,162 wind turbines onshore in the UK, up from a few hundred when the industry first set out 20 years ago.

Despite protests around the country, the number being built is set to speed up even further over the next few years with 657 currently under construction and 1,788 approved but not yet built.

There are another 2,974 in the planning process that have yet to be approved, meaning the total number will be 8,581 if they are all built.

To reach Government targets to generate 15 per cent of energy from renewables by 2020, it is expected around 10,000 turbines will need to be built onshore in the UK.

Mr Bryson, President of the Campaign to Protect Rural England (CPRE), said the turbines will destroy the countryside.

“This countryside – ‘incredibly beautiful, dangerously finite and infinitely precious’ – will continue to change, as it always has. But the speed and scale of the change we are now seeing as a result of the proliferation of wind turbines is immense and threatens to damage the character of many landscapes for at least a generation.”

A CPRE report shows most of the turbines are being built in areas of outstanding natural beauty and much of the planned wind farms are also near national parks or tranquil areas.

CPRE claim some wind farm ‘clusters’ are where councils have allowed consent, rather than because they are the best spots for wind.

Northamptonshire, a county not known for its wind, currently has 13 operational turbines over 30 metres high, and an additional 46 consented and 32 in planning.

Amid fears the recent planning reforms will make it easier to build in the countryside, the report calls for a new ‘strategic’ approach to building wind farms in the new local plans and at the Planning Inspectorate.

This would force planners to consider the impact on the landscape and the ‘cumulative’ effect of wind farms.

The industry should also be obliged to decommission turbines and restore the countryside once farms are shut down, the CPRE urged.

Mr Bryson said the CPRE and people in the countryside are supportive of the Government’s plans to cut carbon emissions.

But the continuing march of the turbines is turning ordinary people against the battle against climate change because they see green energy destroying the countryside.

“The Campaign to Protect Rural England is increasingly concerned that the wave of planning applications for wind turbines across the country risks unacceptable damage to the landscape; to localism and people’s confidence in the planning system; and, ultimately, to the battle against climate change,” he said.

He said a recent Ipsos MORI poll commissioned by the industry group found 68 per cent of people in the countryside are in favour of the new technology – just above the number in favour of wind in urban areas.

“The CPRE claims that more layers of bureaucracy are needed in the planning process, but the current planning system already rightly provides environmental safeguards which are among the most stringent in the world. As a result residents of the countryside welcome green energy – a recent poll found that people in rural areas were more likely to be supportive of the use of wind power than those in towns and cities.”

Andrew Pendleton, Head of Campaigns at Friends of the Earth, also said the public are supportive of wind energy.

“It’s not surprising that wind power enjoys the backing of two thirds of the population – the clean energy it produces is essential for reducing our reliance on expensive fossil fuels and tackling rocketing fuel bills.

“Wind turbines should always be sensitively sited, but one of the biggest threats to our countryside is climate change – and this is exactly what wind power can help defeat.

“It’s time to stop tilting at windmills and get on with the urgent task of building a clean British energy industry that will boost our economy, create jobs and save us all money.”