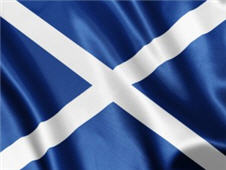 As the bottom falls out of the man-made climate change industry, those who were among its most bullish investors at the height of the scam are now covering their positions in a bear market.

Great damage was done to this much-hyped imposture by Climategate (“Hide the decline!”), by the discredited “hockey stick”, by the farce over “melting” Himalayan glaciers and the “decrease” in the polar bear population from 5,000 in 1970 to 25,000 today. Yet what has chiefly discredited the climate change superstition is the basic, inescapable fact that there has been no global warming since 1997.

The official face-saving response is that this is a “pause” in an otherwise menacing trend – a pause of a decade and a half. The warmist fanatics will freeze to death in their solar bunkers before they will admit defeat; but the more worldly wise, especially scientists anxious to preserve a vestige of academic credibility, are now striving to effect a withdrawal in good order.

Even the Intergovernmental Panel on Climate Change began to ratchet down its more extravagant predictions as early as 2007. In 2010 the Royal Society reviewed its stance on the Anthropogenic Global Warming theory and assumed a more neutral position. Since then, it has been like the retreat from Moscow: last month Oxford scientists, albeit in Delphic language, moderated forecasts of climate disaster.

Last week the ultimate warmist zealot among the political class, Tim Yeo MP,  executed a spectacular volte-face. In 2009 Yeo said: “The dying gasps of the deniers [sic] will be put to bed. In five years’  time no-one will argue about a man-made contribution to climate change.” Now, four years later, he is saying: “Although I think the evidence that the climate is changing is now overwhelming, the causes are  not absolutely clear. There could be natural causes, natural phases that are taking place.” Within the Anthropogenic Global Warming hierarchy, that retraction is broadly akin to Richard Dawkins joining the Cistercian Order.

The global warming hysteria began in the 1880s but was discredited when its prediction that CO2 would increase the mean global temperature by more than 1C by 1940 was not borne out. What gave it fresh life over the past two decades was the realisation by governments that it could provide a pretext for taxing citizens to unprecedented levels and by private entrepreneurs that government subsidies could supply a dripping roast. Of all the damage that politicians have inflicted on the public, the “green” scam has been among the most extreme.

To read more, here’s the original article, “Wind of Change is Blowing from Scotland.